On April 15, 2021, Villa Charities proudly celebrated its 50th anniversary. To commemorate this momentous occasion, we are hosting a series of virtual initiatives and programming throughout the year that will honour the past, recognize the history and contribution that the Italian Canadian community has made to Canada, and look forward to future growth and opportunities.

Villa Charities Inc. (VCI) was established in 1971 as the Italian Canadian Benevolent Corporation (ICBC) with a mission to raise funds for and develop, administer and coordinate projects in the health, social, cultural and educational fields, which would establish the concept of ‘community’ for Italian-Canadians and their families.

Since then, the organization has transformed and grown to adapt to the needs of the changing community around us. As a registered charity, Villa Charities’ mission is to enrich lives through experiences and services that honour Italian culture and heritage. For 50 years across the GTA, the organization has provided cultural and educational programs and supported culturally sensitive long-term care and independent living apartments for seniors. We fulfill this mandate through a broad range of activities, services and facilities, both directly and in conjunction with our affiliates and independent organizations. The Villa Charities affiliates include Columbus Centre and Joseph D. Carrier Art Gallery; Villa Charities Foundation; Villa Colombo Toronto; Villa Colombo Vaughan and apartments for independent seniors Caboto Terrace, Casa Del Zotto and Casa Abruzzo. Each of these organizations is an integral part of the Villa Charities family with separate legal status and its own governance Board.

We invite you to join our year-long celebration by enjoying all the special content we have created in honour of this historic occasion. Tell us how Villa Charities has impacted your life using #VCI50.

Viva Villa Charities, for another 50 years!

Check out all our initiatives for #VCI50 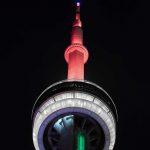 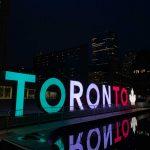 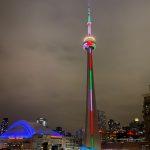 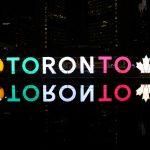 A Message from the Prime Minister of Canada

A Message from Marco Mendicino, MP

Over the last 50 years, there have been many memorable highlights throughout the Villa Charities’ journey. View our Historical Timeline to revisit special moments and key milestones, that led to where we are today.

As part of the anniversary celebrations, community leaders, luminaries and renowned Italian personalities were invited to share congratulatory greetings acknowledging the organization’s milestone.

In celebration of Villa Charities’ 50th Anniversary, TLN Media Group produced a series of commemorative interstitials featuring interviews with members of the Villa Charities family, including founders, board members and stakeholders.

In honour of Villa Charities’ 50th Anniversary, the City of Toronto issued a congratulatory scroll in recognition of the organization’s contribution to the community and accomplishments over the past 50 years.

Check out our Instagram Filter to Celebrate our 50th Anniversary